After having my cbr600 written off
(and nearly myself as well) by an idiot in a volvo, i have just got the insurance money though and have decided on a falco.
(even after the Bike review)

Who is the best dealer to by it from

any dealers you would advise me to stay away from

I bought mine from Moto-technique in Manchester. I got a good deal from them, although I suspect they won't have year old models going cheap like On Yer Bike. The sevicing is not over-priced and they will not try and rip you off or give you a load of bull. Recommended, in short.

Bought mine at M-Shity for same price. Doesn�t mater where you get it from as long as you get it serviced at a main agent.

On yer bike for the year old models then!

Yep. I agree that you might aswell buy one as cheap as you can. Last year's model is essentially the same as this years (i.e. identical). I also agree that you need to get decent dealer back -up. The prices charged for the first service seem to vary dramatically.

I paid £6050 for mine in 2001 (for a UK 2001 model, full price at thetime was nearly £7900). I could have got it £200 cheaper at the time if I was prepared to travel across country to pick it up. But I paid £105 for the first service - including checking the shims, got a courtesy bike for no extra (OK it was an aged FZR), where others seem to have paid £250 for the first service. You just need to factor all that into the decision where you buy from.

Paid £5800 in Nov 2000 (thats exactly two years ago) from an official Aprilia UK dealer.. didn't get it any cheaper cos I had a trade in otherwise I'd have probably got it a couple hundred cheaper.

Please be aware that NO dealer in the UK has the Falco R, widely recognised as a 2002 model destinguished by its black/grey with red flashes and black frame.

I would expect that majority of falcos will be Yellow, Blue or Silver which is 2001 models.

I bought mine from On Yer Bike in September so that it had a '52' licence plate even though it's a 2001 model. If I remember correctly they had 3 yellow and 2 blue ones left.

However, my experience was that they are not flexible on price but with a £1300 discount I guess that's understandable. There has also been a considerable delay in registering my bike for its warranty. I don't take it to them for servicing so can't comment on that.

I have also been offered a new 2001 model
for 5,999 from the local aprilia dealer.
Motor cycle center (Orrell - Wigan)
With a free 1st service

I may take up this offer as the £300 i save
over on yer bike will probely be taken up with the cost of the 1st service and the travel involved in this , and picking it up.

I'll get him to stick a scottoiler for free and that should do it.

Tinheads beware i am soon to be back !!!!

Bought from main dealer in Dec00 (registered 01)full Uk spec including first service thrown in and got change from £5000. He He.

Volvohater your deal sounds about right if it includes the first service.
Don�t forget to derestrict it when you have ran her in.

I thought all UK bikes where de-resricted !

or is this not the case ?

The dealer has a good parts dept and attended to warrantee fairly well in my opinion but getting your bike properly serviced is another matter, PDI was a joke. Take some time to check it out before you sign for it.
As far as servicing, I have given up with main dealers altogether in my experience thay just will not service the bike properly, and that is by no means just an Aprilia problem

The wigan dealer i will probely buy from
had/has a good mechanic , as i bought a blackdird
from the same dealer 3 years ago and had it serviced there for the 18 months i had it(was well happy with the service)
I will check if that mechanic still works there,
if so i will have no service worries.

Bought and had the cbr600 serviced from Millenium motorcycles in st helens.

Servicing was orfull(as bad as my spelling)

3 Services , never took the front wheel off,
The scottoiler was fitted by an IDIOT as it sprayed the oil all over by back tyre.

At the last service they did not even top up the brake fluid which was below min.

They are my nearest aprilia dealer but i would
never use the place again. 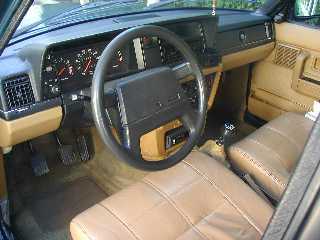 By the way a Scottoiler will invalidate your warranty. May as well buy an import then!

I think that UK bikes are restricted which is not a problem as its a simple matter to put right. My advice is to wait until its ran in to do this.
As for servicing the second one is I believe the main one as the heads need to be tightened. Prices varies greatly but so does what you get done so when the time comes the best way is to have a chat with a few shops and see what you can expect to get for your cash. Either way its a great bike.

Desrestriction should be done at PDI in the UK... but some dealers don't do this... mine was from new

Derestriction was not performed on my bike at delivery despite it being a full UK-spec bike and the first service is NOT included in the purchase price from On Yer Bike.

Price for the first service is supposed to be for you to come to an arrangement over with the supplying dealer... Aprilia themselves don't offer any initial service deals like other Japanese official dealers have done.. i.e. free

1st service is only £25 at DK Motorcycles FWIW.

I guess you don't get the valves checked for £25 did you Daz?

If you did, I'dve done better to have gone up there instead of paying £292 to Chris Clarke m/c.

So I don't always get the best deal!

Might be worth looking around for a really good second hand one?

It was in absolutely pristine condition & cost £4,700. May have been able to get it a bit cheaper but was trading in my old bike went for more on that instead (obviously had the same net result but must appear different on their books

Got mine from MLS Bikesmart http://www.bikesmart.co.uk/ nice people to deal with (Martin Lynch is the main man & very friendly). Mostly deal in Scooters & Suzukis from what I can see but seem to know their stuff on bigger bikes as well.

I'd guess a private sale would knock a fair bit further off the price I paid.

- worked surprisingly well as everyone was falling over themselves to tell me how much better the Falco was....

Labour is free, you only pay for parts - appx £25.
It is apparantly a 6 hour job, to strip it down and do all the first checks inc valves.

If anyone was charged full price I`d try and check with Aprilia..... they may have billed them too and got paid twice ! ! ! !

You see, conclusive proof that Aprilia dealers don't know what they're talking about. I spoke to OYB recently and they didn't even have the new number for Aprilia UK who have just moved from Scotland. I got the number from directory enquiries. My experience (which includes the pain of a recent warranty claim) is that a lot of the time it's not the dealer that is at fault but the manufacturer who simply can't offer the sort of service we are perhaps used to with Japanese bikes (or even other Italian ones). Aprilia UK are crap - they can't answer simple questions concerning technical issues with their bikes and when I needed an answer concerning my warranty claim, I spoke to someone (supposedly a big cheese) and, yes, he was also crap.

First service NOT included - I did my research on this and it's at the discretion of the dealer - some use it as an incentive. First service doesn't have to be expensive, just take it to someone who knows what they're doing regarding the valve clearances (like Steve at Harry Nash in London). As for dealers, my bike came from OYB but I went over it like some kind of nutter (crawling around on my hands and knees) before parting with my money. Then my debit card got refused so I looked like a right pratt!

. I would never buy an Aprilia as my only bike (I'm lucky that the Falco is a hobby) because I just don't think that the company as a whole has got its act together. Was thinking of a Pegaso to replace my aged XTZ660 but no way now. I'd rather go for another XTZ or a CCM. Hmmm...not that I'm bitter or anything

I am sure the mechanics that you speak of at Orrell have left. I have recently bought a Mille from Rockets at Blackburn. I used to ride a 955i that I got from MCC. The mechanics were excellent. The new ones have very little experience of Triumph or Aprilia. (leak on oil filter after service just before TT !!!!)

I decided on Rockets because three of the guys ride Milles, one a bandit, one motocross. They are very enthusiastic about their bikes. The only one at MCC that I could make out rode an SP-1.

Try them at Rockets. I am sure you will get a good deal at this time of year at any dealer though.

Good luck and welcome to the club.