.
So to alleviate the boredom I decided to ad a filter to the engine breather. 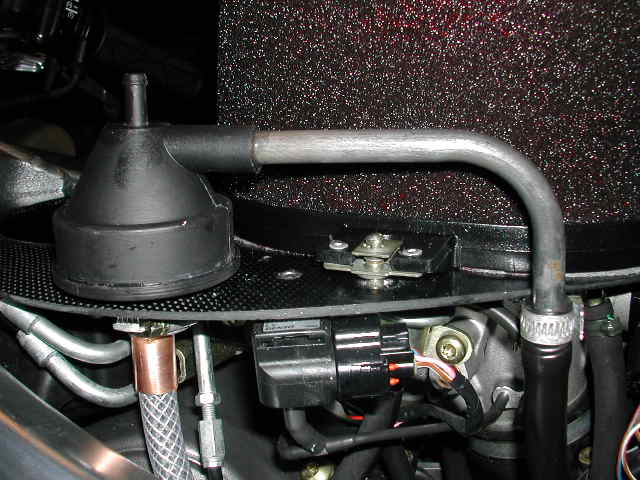 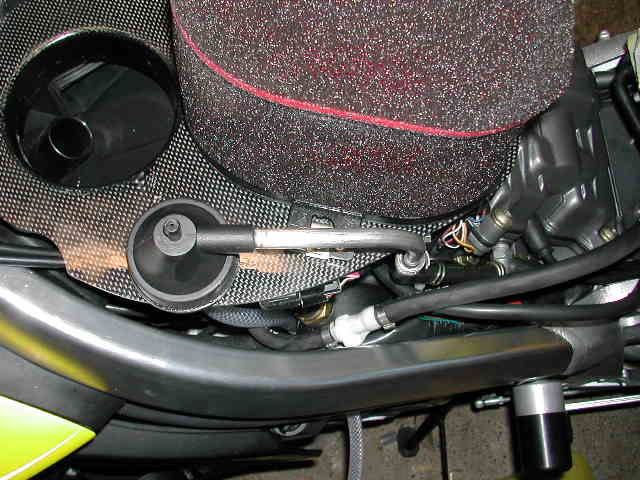 The air kit also works in the wet you know...

Question: what's that black pipe doing in the air intake hole of the carbon plate in the second picture?

Observation: this filter construction will disrupt the airflow. It's your bike of course, it's just that I wouldn't do that.

I think that is an inginious piece of work, but I have to agree it gets in the airflow drive, also while you are there, take out that resonance pipe. the one between the two airflow holes in the frame?

I know it�s not the ideal place for it I just rigged it up with what I had kicking around the garage, I will find a better solution or I may just run a tube straight to the underside of the bike. As for that pipe I�ve never really thought of it thanks for pointing it out I will remove it at once.
As for riding in the rain this is the first bike in a long time that has made me very tempted.

Went out earlier for a kebab and some beer, rain had stopped so couldn't resist taking the falco out for a spin - the shops are a 5 min walk but the 20 min detour is much more fun! and it looks the biz sitting in the streetlights

John, we can understand your reluctance to unleash the extra horses in the wet, but you don't have to test the arse dyno on wet roads, just take it easy and enjoy the new induction rOOOOAAAAARRRR!!!

btw, you can route the pipe down over the top of the chain...