SCREEEEECH is back!
Aprilia RiderSite (Riders Site) - The independent & international community website for Aprilia motorcycle riders with chat, discussion forums and much more: General Aprilia Chat: SCREEEEECH is back!

Hello folks, finally back online, anyone miss me???!! Hey, here's a pic to get us back in the swing of things: 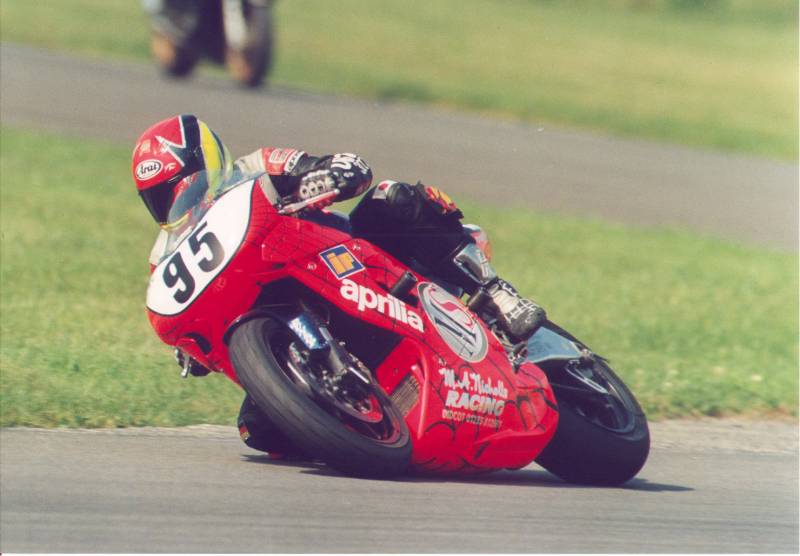 So, what you all been up to? got any get-togethers/ mass trackdays planned? Anyone off to Brands at the weekend to watch the supermotos?
Jotaman got his bike fixed after ploughing through the gravel?
RichDMR sorted busted chain?
Singlesman got another splurging single yet?
Beffy been back to Blighty?
BenW famous??
Tell all!

oh, here's another pic from Pembrey, this time its raining and i'm on slicks, DOH! 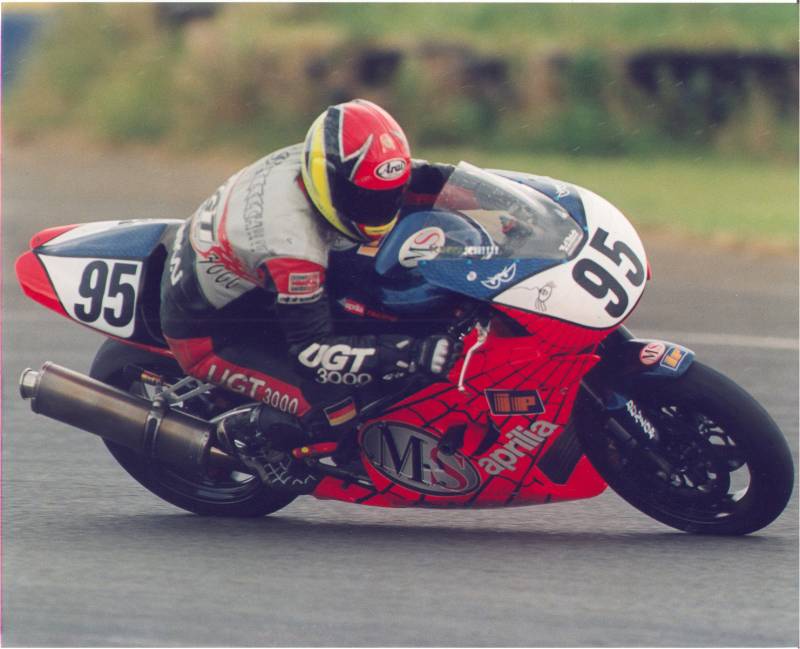 Glad to have you back Mr Screeecher. Things have been quiet around here without your confident persona!

So what's the story with the machine with the seeeriously coool paintjob then?

re planned meets, have a look at 'Trackday Virgins' on General and the Falco side where it started, plus some of us Londoners (and toung is in cheek when I use that term

The Melandri paint job was a result of a pretty quick get off at Rockingham: I'd just got past the flying green Falco of one Mr Singlesman (for the first time ever!) and was so determined to stay ahead of him that i literally rode off the edge of the tyres in the long long left hander, ending up in the gravel with the Falco and a GSXR1000 having to take evasive action either side of me! They both stayed upright and rejoined the session but the yellow Mille looked pretty sad! The new scheme really stands out; the red on the fairing is flouro which is great because it can be seen all they way around a circuit, especially by race commentators who seem to give me lots of mention as it's the only thing recognisable in a sea of dull red yellow and black bikes! Now if only I'd got someone to record some of the things they'd said...

Have you grown the diddy Melandri beard as well?

hey, he copied me with the beard!

Oh, the Supermoto event at Brands is only a fiver to get in (unless, unlike me, you think you can pass for under 15 then its free!), got to be worth look??!!

fiver for the supermoto is a bargain.
i'll be there but on 4 wheels not two (kid duty)

Screeeeech, it's good to have you back!! The bike looks incredible and it sounds like you didn't get hurt too much in the crash... always a bonus!

Hey Screeeeech you didn't reply to my mail ages ago asking for your help repairing/repainting my falcos fairing... anyway can you help???
If you can do a 'fantastic' spiderman paint job I'm sure you could return my red falco to the way it should be easily..

The only trouble with the red of the Falco is that it's a candy colour and a total nightmare to match/ touchup/ blend into. Kawasaki used the same process on the old ZZR1100 (candy wine red, i think they called it) and even they couldn't match the colour as whenever you bought a new panel for one, it would never match the rest! Still, how about a complete respray on the Falco? A Colin Edwards replica perhaps (when we know what it's going to look like!)???

Hi Screeech! Back with a bang eh? Love that colour scheme tbh. Good to have you back!

What's with Singlesman? Seen him around?
Hmmm, how about a single's men duel next year? Crmc33?

Yeah, been back, although not for long.

Been contemplated a Mille lately...

hi Beffy! Hopefully going to meet up with Singlesman at Brands, not seen him for ages: I know he sold the mean green Falco, but so far only replaced it with a four stroke (yep a single!!) yamaha off roader, though i haven't managed to get him out on the dirt on it yet: I'll keep trying to see if he can cut it against my mighty (ahem) KMX200! Last i heard there was this advert for a supermono in the MCN, and his little eyes were all lit up, I'll keep you posted!

Screeech, watch this space. I took some piccies of the Supermotard racing last weekend in Spa and as soon as I can scan them I'll post them.

I thought they were funny...

My mate (you met Wim at Rocky)'s son is on an ex-factory KTM stroker. He keeps trying to push me into riding Endurance Supermotard (3 hours) with him. In fact he's there doing that right now. The mad bastard.

There were some British lads there too.
Nudge nudge. Wink wink.
Say no more!

Hi Bef,
It would be good to get the Supermono out for Cadwell. Im already thinking of junking the lights, generator. Needs a good cam and a few hours on the dyno, and it should be sorted.

Well, apart from me needing to lose a stone or two!...as usual.

Watched the French Supermotard race review on sky tv last night and I decided I've got to try it! Learning how to drift the rear out like they do has got to be good practice for roadracing, if only to block the likes of BenW from coming past! I heard someone over here was doing a school for it, where they provide the bikes, will try to find out more at Brands tomorrow.

I showed my wifey the pic at the top of the page. I could tell she was in awe.
Silly cow.

Ha, at last, a fan!! Hey, just for Mrs Beffy here's a pic of me at Brands, in the cold and damp on my road bike! 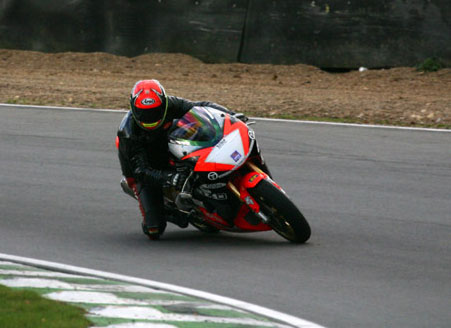 That bike looks suspiciously like the bike in the top pic. What is it?

whatever it is, it has lots of stickas

They're both Milles, but not the same one! The Spidey bike is for racing/trackdays, the other is my roadbike though i ended up at Brands on it as my mate Lynn G blagged the race bike off me for the day! 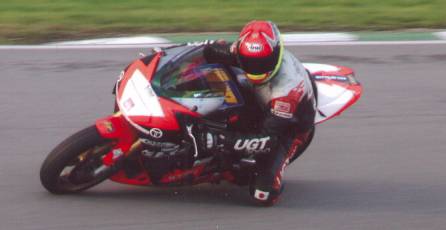 Lynn G on the Race bike, riding with a badly injured right ankle but not taking it slowly! 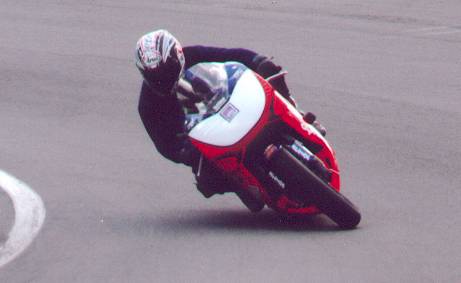