Finally made it to one of those Supermotard races today. Nice weather, nice big big track, nice company we were in.

Joel Smets rode fast, much faster than Stefan Everts on the straights and on the asphalt. But I must admit Everts went like mad on the sandy stuff. Smets' KTM did however seem to be superior on speed. Boy did this thing fly! He won all his races btw.
Both Everts and Smets came walking past us during the day and they're friendly blokes, both of them. Always have time for a chat to the fans.

Great sound these big four-strokes produce as well. Although one two-stroke is a 10 year old Kawasaki and this guy (Godfroid) zipped past everyone else on the hard stuff. Pity he wasn't as good on the dirt. 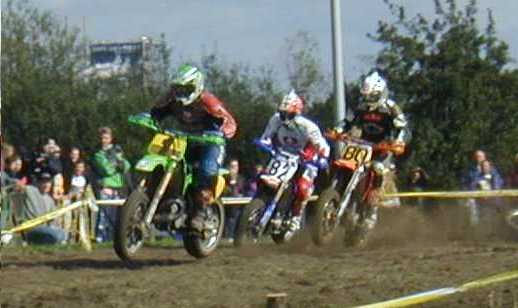 And this guy is wearing my old racing leathers. The bugger in the foreground doesn't seem very interested. 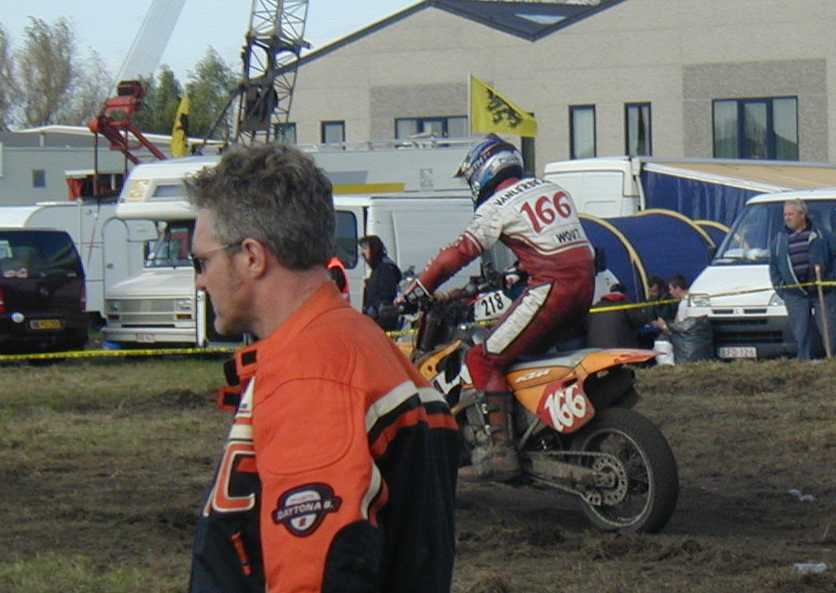 Bef, I think that I now recognise that individual in the foreground from somewhere......